In 2002 MULTI ELECTRIC was contracted by the US Navy to build an Approach System to be used on the Ice Runways at McMurdo Bay and at the research post at the South Pole.  The Navy chose the Simplified Short Approach Lighting System (SSAL) with Runway Alignment Indicator Lights (RAIL) flashers.  These two systems together compose the SSALR configuration with 45 steady burning lights, Threshold Lights, and 8 Sequenced Flashing Lights.  All steady burning lights are powered by a MULTI ELECTRIC Constant Current Regulator (CCR). 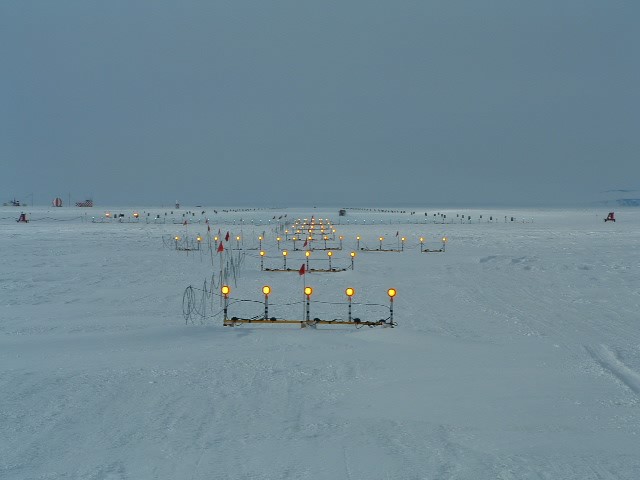 The extreme ambient conditions in Antarctica posed many obstacles that had to be traversed to make the project successful. Antarctica is one of the aridest places on earth, a frozen desert with precipitation ranging from 50mm (2”) to 166mm (6.5”) per year.  Temperatures can range from 14°C (58°F) to -89°C (-126°F).  Blizzards with micro ice crystals (snow) that are so extremely fine, that it makes prevention of equipment penetration a real challenge.  Further complicating any installation is the surface which is sitting on approximately 2 kilometers (1.2 Miles) of moving glacial ice making a permanent installation impossible.  As the pilot approached the overly blue-white background from the snow and ice, this makes the identification of the blue-white steady burning lamps nearly undetectable. Further complicating things was that any cable could not be laid on or below the ice because it would become permanently attached to the ice and make re-alignment of the system nearly impossible. To complicate things further, the nearest hardware and electrical supply store is a 12-hour one-way flight only available for half of the year. 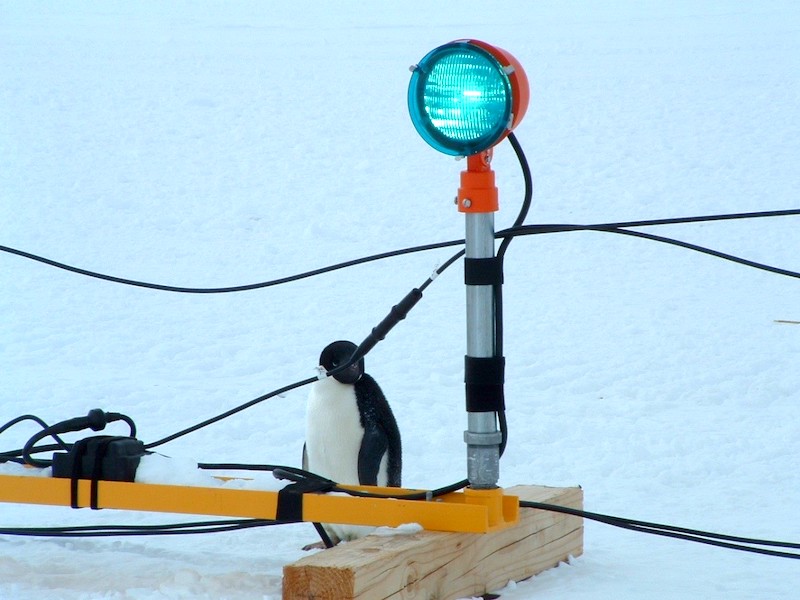 Given the long list of environmental and logistics challenges, the Navy turned to MULTI ELECTRIC in Chicago.  The expertise provided by being a major supplier to the FAAof Approach Lighting Systems (MALS, MALSR, MALSF, ALSF, etc.) for over 5 decades along with the development and production of the US Air Force Emergency Airfield Lighting Systems (EALS) was a natural fit for the task at hand.

MULTI ELECTRIC worked with the Navy and Lockheed Martin to develop the concept, but also deployment, logistics, training, and equipment requirements to successfully accomplish this mission. All equipment was mounted on pontoons to make repositioning possible as the glacial ice moved. All wiring had to be mounted on poles due to ice flow. Steady burning lamps need a way to control the expansion and contraction of the fixtures due to heating and cooling over the extreme temperatures.

A truly challenging project but one that after more than 15 years still works and still re-assures pilot can safely land. MULTI ELECTRIC’s reliability at its best.